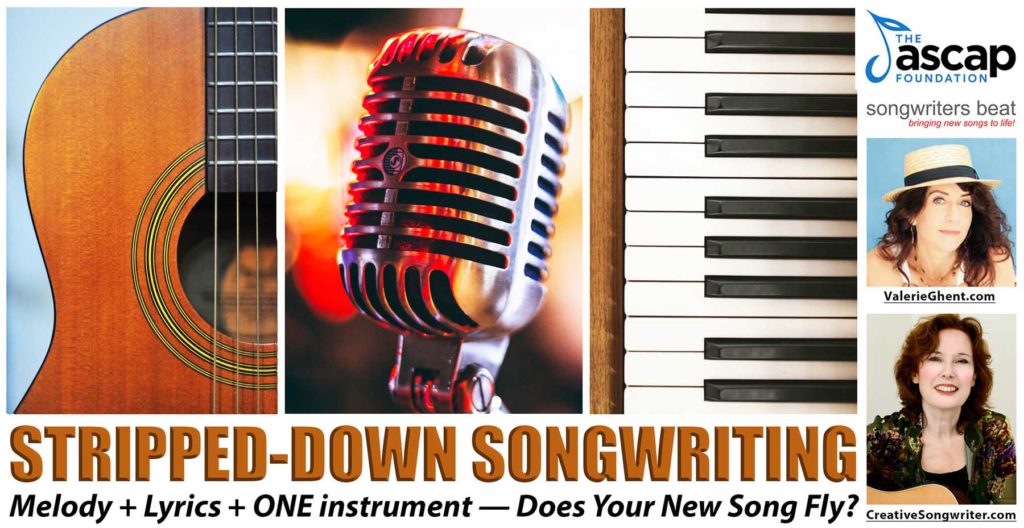 The essence of a great song stands on its own. This 3-hour virtual workshop is an opportunity to present your latest work-in-progress — without all the bells and whistles of production, backup vocals and studio wizardry. Get feedback from industry pros Valerie Ghent and Alex Forbes, as well as the encouragement of a supportive community of songwriting peers.

WORKSHOP IS FULL!
CLICK HERE TO JOIN THE WAITLIST