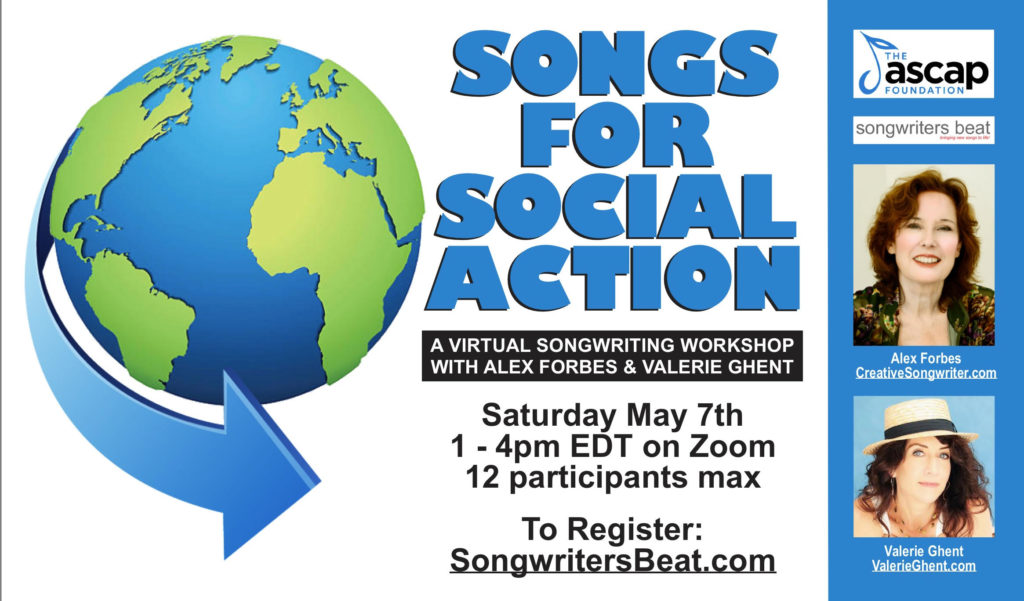 Great songs have the power to uplift, unite & inspire humanity.

Alex Forbes bio: With numerous Billboard-charting singles, over 150 releases, and millions of album sales under her belt, Alex Forbes exudes a contagious passion on the subject of songwriting. Her material has found a home on major and indie labels, feature films and TV in the U.S., Europe and Asia.Founder of the top songwriting coaching site CreativeSongwriter.com and author of the inspirational guide Write Songs Right Now, Alex has led courses and workshops for NYU Steinhardt, the ASCAP Foundation and many other organizations. Her most recent release, “I Dance My Dance,” is featured on the new album by three-time Grammy Award-winner, Nile Rodgers.  creativesongwriter.com